First of all, effective negotiation skills will NEVER make up for poor selling skills or attitudes. With that as a given, let's look at some of the negotiation problems common to many salespeople today. Let me give you four basic negotiation concession concepts/premises, and then a little more detail on them.

1. Don't advertise your willingness to make a concession before you are asked.

Many salespeople offer to discount a price, give better terms, etc. before they are asked by the prospect or client to do so. For example: does your price sheet say something like 'suggested price'? You just advertised your willingness to make a concession before you were asked.

2. Use the set-aside technique when necessary.

Often prospects bring up an issue in a negotiation at an inopportune time. The set-aside defers this until a later time when it might be more favorable to discuss it. For example, the prospect asks the price before you have had a chance to build perceived value. The set-aside says something like, "That's a valid concern (question - whatever). Can we come back to that in a few minutes?"

3. When asked to make a concession, ask for a bigger one in return.

You want to avoid playing 'concession' ping-pong. The prospect asks for one you give in, in varying degrees and then he asks for another one and on and on and on. When a prospect asks you to make one, say something like, "I can give you a better price, but I'll need a bigger deposit than is customary."

4. 80% of the concessions made are made in the last 20% of the negotiation time.

It's called time pressure. The person under the most time pressure will tend to give away the most concessions. So, don't let the prospect/client create the pressure, but you create it when you can both professionally and truthfully. For example: "If you give us an order today, I can commit the manufacturing schedule for you. But if you can't, I can't guarantee we can meet your delivery expectations. We are in our busiest time of the year and production schedules are very tight right now."

Tim Connor, CSP is an internationally renowned sales, management and leadership speaker, trainer and best selling author. Since 1981 he has given over 3500 presentations in 21 countries on a variety of sales, management, leadership and relationship topics. He is the best selling author of over 60 books including; Soft Sell, That's Life, Peace Of Mind, 81 Challenges Managers Face and Your First Year In Sales. He is also the CEO of Sales Clubs Of America. He can be reached at tim@timconnor.com, 704-895-1230 or visit his websites at [http://www.timconnor.com] or [http://www.SalesClubsOfAmerica.com] 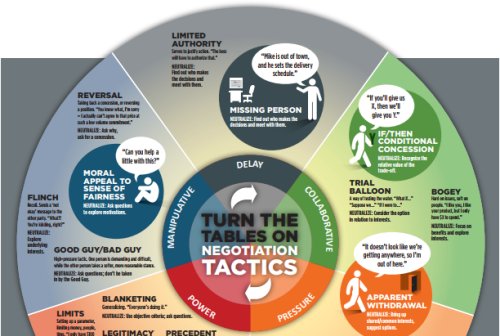 Let’s Discuss How We Can Help You